Just when I thought I had seen all the S905X2 TV boxes for the first quarter of 2019, here comes a tiny TV box called the Beelink GT1 Mini. When I first got this TV box delivered to to me I sort of stereotyped it as another cheap Android TV box, but knowing the reputation of Beelink  I should have known better than to pre-judge this box because of it’s tiny size. Not too long after connecting this box to start my review I was reminded of who Beelink was, and that this was no petty little TV Box. The Beelink GT1 Mini surprised me in so many ways that I was actually scrambling through previous benchmark scores to see who I could compare this little TV box to. And who did I find? The X96 Max, the best performing TV box in the S905X2 line. Well let us see what I discovered, and where the GT1 Mini positioned itself  among the best. 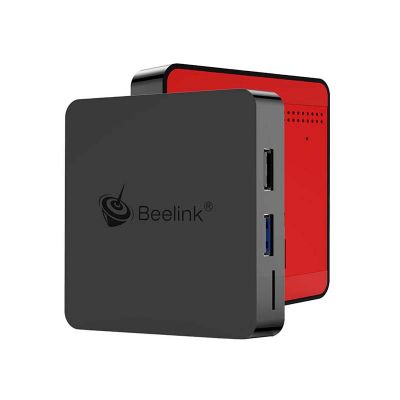 64GVGT1US
Go to the deal 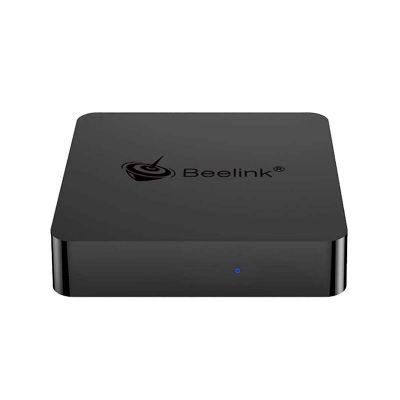 32GVGT1US
Go to the deal

The hardware specs are are the same as any other high-end Amlogic S905X2 TV box, but it is compacted into a very small PCB minus an optical port. During the AIDA64 app system and hardware information part of my review I was quick to recognize that the CPU was clocked and 1.8GHz. I was surprised because I have seen much bigger boxes with same specs clock their CPU at 1.7 GHz to prevent overheating the CPU core. Let’s see what the specs look like. The Beelink GT1 Mini’s user interface is just perfect for any TV box user. It runs on Android 8.1 Oreo operating system. The launcher is Beelink’s flagship launcher with the vertical shortcuts bar on the right. The launcher comes with a navigation bar and notifications bar, it has a weather widget and a one click memory cleanup fixed app on the launcher. If you received an early model, upon first startup you will be prompted to perform a couple firmware updates which is great, seeing that beelink provides OTA updates for their customers. The operating system is rooted and it it only has Google Widevine level 3 DRM support, which allows Netflix to show in only in standard quality. You can use alternative launchers on this  box, with the Airscreen app you get Miracast Airplay and DLNA, and you can rotate the screen in portrait mode if needed. YouTube plays in 4K quality on the Android TV version of the app. The box does not come pre-installed with any major set of apps you will have to install them yourselves. The GT1 Mini comes with an included Bluetooth wireless voice remote which has its own USB receiver dongle. The box comes with voice search and voice commands feature and it works great on this box. Because of its size, the GT1 Mini has included all major IO ports minus an optical port. One challenge faced with  box is that you have one USB port to work with seeing that the voice remote uses one of the ports all the time. Entertainment Features of the GT1 Mini

So on any TV box the main entertainment features is streaming movies and TV shows, casting content from your mobile device, Playing personal or self hosted 4K videos or any media you have, and playing Android games. The Beelink GT1 Mini did well in all categories, I install Kodi and Netflix directly from the Google Play Store and both stream very well, however Netflix only plays in standard quality. I was able to cast my mobile device to my TV using miracast on the Airscreen app also found for free on the Google Play Store, and there was very little lag. in the 4K video playback the box also performed well playing the difficult 4K jellyfish video at 400Mbps OK. One of my samples the Cambodia video in mkv format had some issues, other mkv files played well. I played a series of high-resolution games to test the capability of the Mali G31 GPU graphics handling and is performed great. Also I was able to use my gamepad key-mapping to play touchscreen games on this box. Like I said at the beginning of this article I compared this mini TV box to the X96 Max which in my opinion is the best of the S905X models these are the results. The Beelink GT1 Mini did something really interesting in my review which is it outperformed the  X96 Max on hand in the Antutu benchmark, and on the other hand in its user interface. The rest of the bench marks were not much of a difference, and the GPU score was even the same, but the Antutu benchmark was higher by at least 700 points. It beat the X96 Max user interface withits simple but yet efficient flagship UI, with navigation bar, voice search with a an included voice remote, alternative launchers work, screen rotation, gamepad key-mapping, miracast all works well. The low point for me on this box is the lack of an optical port and it needed an extra USB port. In the end, the Beelink is a fantastic TV box to buy and it placed itself at the top of the S905X2 line.